Hipsters, not-Hipsters, (and how a style choice almost got me killed.) 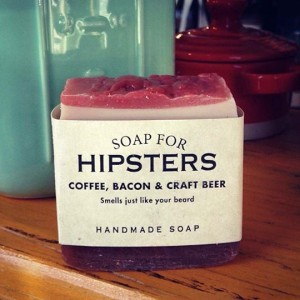 What exactly is a hipster? I was at Guitar Center Shopping for equipment for Blue Wave Radio recently and all the guys had longish clean cut hair and very long beards and one guy had even waxed his mustache.

Is that a hipster? And then I saw the same scene at a Starbucks.

I’d place even odds on the theory that a hipster doesn’t know they are hipster. Wouldn’t
the act of knowing, make a hipster decidedly “UNHIP”?

It’s my feeling that a hipster is a person who marches to the beat of their own drum. They don’t have a clue that they are hip or un-hip. They don’t care what you think of them. They aren’t influenced by what they are “supposed” to read, to watch, to wear, to listen. They have a need to know things on their own terms.

I think that a hipster would be very aware and conscious of their world. I like to believe that a true hipster is fascinated by every day that rises and that they try to add value to the world, reach out to people around them and make the world a better place.

The hipster might be, but isn’t necessarily the bearded kid who looks like all the other bearded kids working as baristas. More than likely, that kid isn’t a hipster at all.

I was that guy trying to fit into the world. Always trying to be hip and never quite doing it correctly.

Looking hip on the surface doesn’t make you hip on the inside and in my experience; it only confused the people around me.

I had short hair one day and long hair the next. That’s when I discovered that people treat you differently when you look different than them including people you have known for a long time.

After I grew out my hair and beard, I came down with a rash on my arms and went to see my family doctor. Keep in mind; he’d known me since I was 10 years old. I was 18. He treated me as if he’d never known me at all. He asked me if I’d been hanging out in vans (like a Ford Van) because that was a good place to pick up fleas and bugs. I hated to tell him that I wasn’t that kind of long-haired guy.

I did attract hippie chicks which wasn’t so unpleasant… Only one of them had a van. It was a Volkswagen Bus…

(Q- Want to know what you call a Volkswagen Bus on top of a hill?
A- A miracle…)

But I also once had a drunken guy try to run me over in his pickup truck, on Item Avenue, the street where I grew up, because he didn’t like hippies… I was jogging down the sidewalk. He drove up over the curb and I had to dive behind a tree.

Something about my appearance set him off in his drunken state of mind. Me-  just a very square kid with long hair and a beard.

That would have been the ultimate irony… The faux hip guy with the “Blues For Allah” Grateful Dead T-shirt, long hair, and beard, gets run over by the drunken red-neck that lived on my street. Fortunately for both of us, he missed…

But it was a look that made people notice.

(The Grateful Dead shirt was really cool. I bough 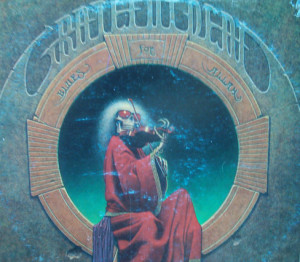 t it at the Rainbow Records Store, which
was on Old Shell Road in Mobile, Alabama, right across the street from my grandmother’s house.) The guys who ran that store were hip and they did influence who I am musically. The shirt was a style choice… it fit perfectly with the long-hair, also a style choice and my way of trying to look smart instead of insecure. I didn’t listen to the Grateful Dead for several more years but I wore their shirt a lot.

Was I a hipster because of the long-hair, the beard, and the Grateful Dead Shirt?

No… not a chance. Being a Hipster isn’t a style choice. It is just who you are or aren’t. I still don’t know who I am half the time but I’m probably not a hipster…

I’m imagining a class in college called “Hipsters in History” and from my understanding of history, which historical figure I think who may have been a hipster. 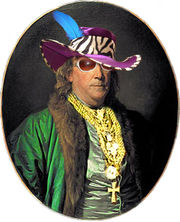 For instance the legendary statesman from the United States, Benjamin Franklin, was
definitely a hipster. You can almost imagine Ben Franklin as a hippie. He had a papermill
and processed hemp.  insisted that we should rely on our own experiences for understanding things instead of relying on the word of others. He spent time traveling the world and was a hard-worker. He knew everyone. He was connected and people liked him.

He understood the value of communication and created the US Postal System, he was a brilliant writer and he published newspapers. He was also a scientist. He was a charmer and an entertainer. He was an international rock star in his day.

He also believed in sleeping nude.

When it comes to the mistake of judging people by looks, there’s no question. I’m guilty… SO often we judge people based on what they look like, sound like, and act like before we know who they really are. That’s only natural … birds of a feather flock together. We look for our birds don’t we?

But the way others look may be a style choice, so at best, it’s also a slippery slope… Being so quick to judge people by the length of the hair on their face and head and the tattoos on their skin instead of what actually is IN their head and INSIDE their hearts… We lose out.

So today, I’m not going try harder not to judge people based on how they look or dress…

And while I doubt that I’m a hipster, I do sleep in the nude…

Is that a start?