101.1 Radio Roatan was the brainchild of self-made businessman John William Crisp and his partner John Morris.

Crisp, who lives on Roatan. recognized the need for a radio station that could provide entertainment and information to the large English-speaking population of the island as well as help businesses reach consumers.

Crisp eventually realized that to recognize his vision, what was needed was a professional approach to broadcasting here that could provide a solid business product as well as an artful, thoughtful approach to cross the multi-cultural boundaries and benefit the entire island.

In late 2014, he found that person in Keith “Madison” Miller.  Miller assumed control of the operation in 2015. 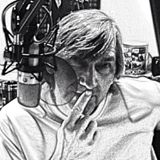 Keith Miller is a lifelong broadcaster having been in radio his entire professional career. He comes from the product side of the radio business. He has been a program director, a morning show host, and an award-winning jingle producer.

He spent the last 25 years of that career in San Diego, California. San Diego is the eighth largest city in the United States.

Keith arrived in San Diego by way of Santa Barbara, California, where he had been a radio show host and production director responsible for writing and producing commercials when he was hired to move to San Diego.

The first 6 years in San Diego were spent as Music Director and Marketing Director for Gannett Radio’s KCLX. (While Gannett is best known for USA Today, they had two radio properties in San Diego.)

During that time, Keith was responsible for selection and programming of music, audience and music research, and developing promotional plans for the radio station and it’s sales force.

When Gannett decided to sell its properties in San Diego during the mass consolidation of the US radio industry in 1995, Keith found his way to the only locally owned radio station in San Diego.

The station, KPRi, is a legendary broadcast facility known for ground-breaking programming during the heydays of underground FM during the late 1960s. (Film director Cameron Crowe paid tribute to the radio station by featuring it in his motion picture “Almost Famous.”)

The radio station, owned by Robert John Hughes and Jonathan Schwartz, is to this day the only locally owned radio station left in a city where it stands toe-to-toe with much larger corporate-owned stations.

While at KPRi, Keith wore many hats.

He was a salesperson working directly with clients, he wrote, voiced and produced commercials as a production director, he developed the radio station’s websites, was involved with implementing their first database marketing and listener club, and eventually became their first and only VP of Marketing.

His legacy will be that from 1997 until 2014, he was the morning show host of 102.1 KPRi. He was on the air the morning of September 11th, 2001 when the entire world was stunned with the events that transpired in New York City.

He also developed some very successful programs with the radio station and its clients.

These include:
The “GREEN FLASH” Concert Series with the Birch Aquarium at Scripps (the outreach arm for the world-famous Scripps Institute of Oceanography)…
Legoland California’s “RED WHITE and BOOM” (the famous themepark’s 4th of July Fireworks Show)…
KPRi’s Blues on the Bay (the seminal fore-runner to the San Diego Bluesfest)…
and KPRI Private Listener Cruises with Hornblower Cruises (Keith produced over 50 of these shows)…

As radio stations moved from analog to digital, Keith worked directly with the engineers developing a solid understanding of modern radio automation systems. That helped make KPRi competitive and will help make 101.1 on Roatan capable of being an efficient operation.

The road wasn’t always smooth at a locally owned radio station in a major US media market.

“Sometimes I’d go home asking myself why I’m doing all of these things… it was crazy… I was on the go 24 hours a day. I was always tired. But every morning came and that’s what I loved to do… the morning show… and for the opportunity to learn how to do that, everything else was totally worth it… I just wish I’d done a better job at it. When program director Haley Jones came in as PD, she took those other responsibilities off of my shoulders and really helped me focus on what was important to the audience. I’ll always appreciate that about her. ”

“I just saw Joe Walsh of the Eagles in their documentary saying that you look at events when they are going on and everything seems to be in such chaos… but as you get older and you get perspective, it looks like a finely crafted story. That’s certainly been the case with me.”

“Working at KPRi gave me such a broad range of study that when I first came to Roatan and met with William, I realized that with some luck I could take this on and give it a real honest shot. It’s the culmination of so many things.”

“And I am lucky that I was working for Bob and Jonathan. Especially in the early days, we had to create everything to be competitive. The money just wasn’t there. And it was a real test of nerves for everyone. But the proof is there… WE managed to be competitive when all the corporations where throwing cash at their problems. And they were always pushing me to be better… I wouldn’t be here today owning a radio station if I didn’t have that experience.”

“And the people I met, the listeners, the clients, the charities I worked with, the lives we all touched enriched my life and made me a better person.”

The lessons of that education will make their way onto the airwaves and into the lives of Hondurans on Roatan. “I learned that in the end… people remember you for how you made them feel. In San Diego, I learned you have to give back to the community… That’s something radio does better than any other media. I’m looking forward to getting this on the air.”

Is there anything Keith misses about San Diego… ?

“Yes… my kids… I think about them every day… I was really glad though when my oldest daughter Keeley, told me that she was proud of me for taking this chance… that made my lifetime… because that is what I preach to them every day… You can do anything you think about… it won’t be easy but never quit… everyone will tell you that you are loco… and maybe you are… but I’d rather be loco and love what I do,  than be sitting in a rocking chair one day wondering if I could have done it… opportunities like this don’t happen often. I’m going to always be grateful to William Crisp for the shot. “