There are no Monkeys in a Monkey Lala… (or are there)?

I had two of them yesterday and my brain was in LaLa land..
.
The Monkey LaLa drink, is named after the Monkey LaLa Lizard, an unsavory looking reptile that likes to run on two legs and is nicknamed “Jesus Lizard” because it can actually run across water. 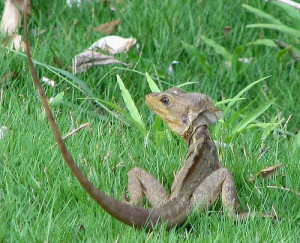 Despite the name, no Monkey LaLas are used as ingredients, at least not intentionally though it’s possible I suppose that one may have fallen into
this blended swirl of tasty ingredients and while this is not the definitive recipe as each bartender swings it a little differently, it’s fairly close… 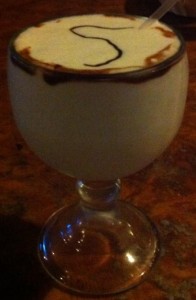 splash of milk or cream

Pour over a full blender of ice, blend for 60 seconds.

—-
JJ at the BoHo Beach Club, where I broadcast and interview people, makes a particularly good one and this may explain why I was asleep on the couch for several hours after I got home…

I woke up sort of and began thinking about things that don’t include ingredients of their namesake.

I hope there are no babies in Baby Powder.

Please tell me the dog biscuits contain no dogs.

I wanted to go on a Vegan Diet, but they are much harder to catch than cows and generally but not always, craftier…

A “skinny pirate” is Capt. Morgan’s Rum and Diet Coke, you can’t fool me there, but please don’t get me started about a “black russian” and did you ever wonder what you really put in “sex on the beach”.

My Brit friends wanted me to have a Manchester tart once… I was lonely and thought about it… I said no. I also passed on the shepherd’s pie…

And with that afterthought, I’ve realized I can only keep going so far… and before my desperation to be inventive drives me into the abyss… to save both of us… I’ll stop here.

I do highly recommend a Monkey Lala though…